Nina, a 13-year-old pickpocket with a sharp and wise look, is checking the content of a man`s wallet she has just stolen. She is staring at the unknown family pictures with curiosity and sadness... A little later, Nina is captured in her next attempt to steal. Surprisingly, the victim Yana refuses to surrender Nina to the police and decides to pay a little attention to the girl, taking her lunch. 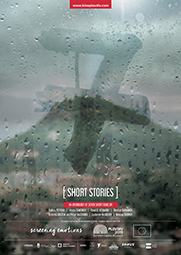 Producer: Screening Emotions
With the support of Plovdiv 2019 Foundation and National Culture Fund
The film is part of artistic program of "European Capital of Culture - Plovdiv 2019"